Administration, Staff, and Board Members

Members of the Pennsylvania CASA Board of Directors come from a variety of backgrounds. These local program representatives, judges, business leaders, CASA volunteers, and child welfare professionals all share a common commitment to the abused and neglected children of Pennsylvania. 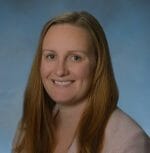 Ms. DeBalko’s resume includes over 15 years of experience with Court Appointed Special Advocates (CASA). While she was a student at Dickinson College, she interned at the Cumberland County CASA office. Jennifer went on to work as a Case Supervisor and then as Program Manager at CASA of Atlantic and Cape May Counties. Since 2008 Jennifer has been the Executive Director of the Lehigh County CASA Program. Throughout her career she has gained knowledge and experience in all aspects of program management and has been devoted to the protection and welfare of children who benefit from the services of a Court Appointed Special Advocate. In her role as Lehigh County CASA Executive Director, Jennifer had the opportunity to serve on the Board for the Pennsylvania CASA Association both as Board President and in support of various administrative and successful fundraising initiatives. Since taking on the role of Pennsylvania CASA Executive Director, Ms. DeBalko has built the organization to include a wide array of program development and program support services, with the vision of a CASA volunteer for every abused and neglected child in the Commonwealth. In 2018, Ms. DeBalko was appointed by National CASA to the State Leadership Council, whose purpose is to advise and partner with National CASA on issues impacting state organizations, local programs, and the future development and growth of the network.